Why An Engaged Project Sponsor Is Crucial For Success

By definition, the sponsor has a critical role as part of the governance board of any project, program or portfolio. They are accountable for ensuring that the work is governed effectively and delivers the objectives that meet identified needs, and most of all, the initiative is and was worth investment. They may be an individual or group, who provides resources for the project, program or portfolio for an organisation, and is ultimately accountable to the organisation for enabling success.

Confused? You wouldn’t be the first. For over four decades, on a global scale we’ve seen more projects fail as opposed to those that are successful. The Project Management Institute has found that on average, only around 62% of projects have actively engaged sponsors. According to recent statistics released by KPMG International, over 70% of organisations have experienced business projects that have failed within the last twelve months alone. From personal observation, I believe there is a strong correlation between those two revelations.

So how can you avoid becoming another statistic? By following good project management practices, and ultimately having an actively engaged project sponsor on your team.

What Is A Project Sponsor

Business projects are undertaken to improve the functionality, performance and efficiency of an organisation. For profit generating businesses, this will contribute to an increased profit.

The sponsor is the direct link between the organisation and the project. A primary role of the sponsor is to govern the provision of required resources (e.g. people, assets, finances) that the project manager requests to deliver the outcome. The governance role is intended to protect the organisation’s interests and ensure the quality and scope expectations are met by the project manager. Common expectations will define limitations on time, cost and quality of deliverables.

Common responsibilities of a project sponsor will include:

If it sounds like a lot, that’s because it is. All too often, the role and responsibilities of a project sponsor has lacked genuine appreciation from within the organisation.

Let’s be quite clear – a project sponsor and a project manager are not the same thing. You’d be surprised the confusion that differentiation causes. Simple question here: Who is “paying” for the project (as noted above regarding investment). The Sponsor is. The project manager is NOT. The Project manager manages the budget and the costs of the change initiative, but is not providing the money, the organisation is.

The project manager is responsible for the day to day operations of a project. The sponsor ensures that the resources requested by the project manager are in place to see the project through to the completion and hand over. When the sponsorship role is transparent and easily understood, the whole organisation benefits.

Selecting the appropriate project sponsor will often depend on your industry. An example of this would be for a highway construction project, the sponsor is most likely employed by a state department, such as the Deputy Director General of Infrastructure. In contrast, an IT project sponsor is likely the Chief Information Officer for the company that is receiving the project deliverables. In other instances, the Chief Financial Officer, may take the role. But no matter what sector, it’s most often someone close to the top of the hierarchy in senior management, with the experience and power to make decisions. This may differ in organisations where the discipline of project management is a core management activity. In these organisations, the Sponsor may be a mid-level manager, particularly when supported by the internal Project Management Office. 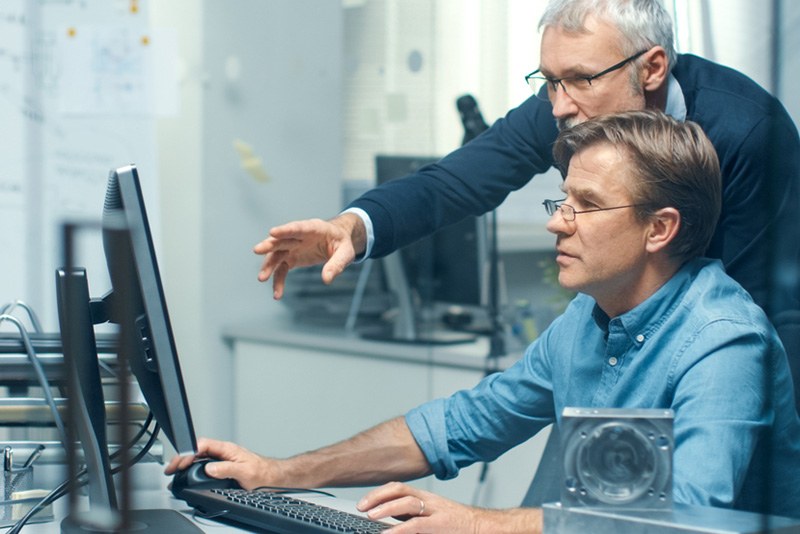 Although the process and hierarchy seem straightforward enough, there are many influences that come into play in relation to why some projects are doomed to fail. A project manager and a project sponsor have often never met before the commencement of the project. Given the time constraints and result expectations, it can make building a working relationship that’s built on trust, mutual respect and communication quite difficult. All too often, organisations do not give this relationship the necessary development time to properly occur.

Other common issues that affect the internal challenges associated with project sponsorship can include:

Lack Of Experience – Although the project sponsor may hold a position of seniority within the organisation, they may have no project management experience and may be unaware as to what’s expected of them. While direct experience may not be essential, having a clear understanding of the role, via briefing and sound documented procedures, is an essential supporting requirement.

Lack Of Engagement – To put it simply, the poorly appointed project sponsor may not prioritise ensuring the project succeeds. They may have minimal personal investment in the outcome, or be unaware of the strategic intent of the project objectives, or they may not be the right personality fit. It may be a project that has little or nothing to do with their own department, so they just aren’t as interested as they need to be.

Lack Of Sway – The very nature of the project sponsor role is to move large organisational obstructions when required. If the sponsor doesn’t have the internal authority, position or personal capability to make hard decisions, or influence their peers, it makes the job all the more difficult.

Lack Of Time – Let’s not forget that project sponsors often have their own “day jobs”, and work that still needs to be done away from the project. A stressed employee (or project sponsor for that matter) isn’t always capable of rational and clear thinking, nor will they necessarily have the time.

How To Empower A Project Sponsor

Once you’ve factored in all of the above tips and insights, ensuring that your project sponsor is equipped with all of the right tools for the job can play a key part in a project’s success – and that includes education.

An example of this is the webinars and courses available through the Project Management Institute, as recently presented by their Queensland Chapter. Past online events such as August’s “The Courageous Sponsor” can assist in providing invaluable information to potential (and current) project sponsors, specifically from those that have spent decades navigating the project management and sponsorship paths themselves.

If you haven’t had the greatest success in project management and sponsorship in the past, then fear not – like most things in business, it boils down to being proactive enough to learn from your mistakes and from others

Keen to improve your situation?

If you are interested in learning more about effective project management and sponsorship practices that could benefit the way you do business, then why not schedule a discovery call with Peter and the team at SER Solutions today.