What Is Sovereign Risk And How Does It Affect Australia?

When it comes to foreign investment, sovereign risk was a term rarely associated with Australia. Now that the world has changed, how will it affect us?

In comparison to other regions in the world, doing business with and in Australia has always held a fairly low risk rating. We’ve comfortably held a AAA and AA+ worldwide credit rating since 1975, and successfully navigated our way through two global recessions – but then Covid-19 happened, and once more the world as we know it has been turned upside down. Global tensions are increasing, commodity prices have fallen and demand has slowed. So how do these factors all contribute to sovereign risk, and what does that mean for us in Australia? 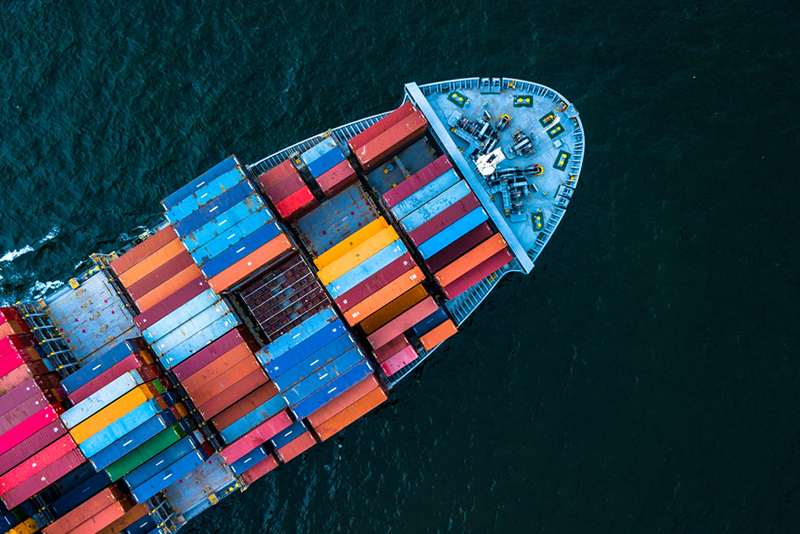 What Is Sovereign Risk?

Sovereign risk is a term that is used to calculate the probability of a nation either failing to meet their debt repayments or obligations. It’s a unique risk that foreign investors face, and can include interest rates, currency exchanges and policy changes – essentially anything that could drastically affect anyone looking to do business in a country abroad.

A government’s ability to pay (or be willing to) is a function and reflection of its economic position. A sovereignty that shows strong economic growth, a manageable debt level, a stable currency, effective tax collection and favourable demographics will have a higher credit rating, and will be more likely to pay back it’s existing debts – and ultimately is a safer investment option.

An example of modern sovereign risk would be the events that have unfolded in Greece. Unable to pay back it’s mounting debts, the crisis in Greece had a ripple effect that stretched all the way through the European Union, leading to the collapse of certain financial institutions and shook global confidence in the European economy.

It’s extremely unlikely that Australia will be in the same position as Greece anytime soon, but there are a number of factors that have come into play in regards to foreign investment here at home. While we are blessed with rich mineral resources, they are always exposed to commodity price changes associated with iron ore, coal and LNG. The balance of trade and the rising Commonwealth debt are factors that affect our Risk Rating. The Commonwealth Government expenditure on JobKeeper and JobSeeker stimulus has come at a large immediate price that will make a sizeable impact on our future debt levels. Should our balance of trade change in the near term, this may spark a revision to our Risk Rating.

We also rely on China – a lot. Over one third of our income comes from this one region, with 34% of Australia’s GDP (gross domestic product) stemming from China. Paired with the knock- on effects of the Covid-19 pandemic, growing regional political tensions have placed new pressures on our economy. Our core income producers of agriculture, mining and resources and tertiary education sectors have all been affected.

Over the past decade, there have indeed been times where our sovereign risk rating has come under pressure. Notable events linked to this have included:

2011 – The introduction of a carbon tax into Australia law did decrease emissions, but also increased the cost of doing business in Australia and the profitability associated with it. Although repealed in 2014 with a change of government, concerns of whether Australia was an economical place to do business were common between 2011-2014.

2012 – Compounding the woes of the mining industry, the government proceeded to install a 30% tax on super profits to Australia based miners. The intention was to appease a large portion of the population, who believed that key mining industry players – particularly overseas companies – weren’t paying enough tax. “Super profits” were defined as greater than $75 million per annum, and anything larger was taxed at 30%. However, this too was repealed in 2014 with a change of government.

2016 – The cost involved with getting a new export business, energy or mining operation set up had skyrocketed, along with an increasing amount of red tape. CEDA (Committee For Economic Development Australia) found that the costs and regulations involved in conducting export business in Australia was actually creating a fall in ranking, in regards to “The Land Down Under” being one of the easiest places to conduct business in the world. Our international credit rating was also under review with Moody’s, which evaluated our high reliance on China and the debt-funded GFC stimulus package that caused a budget blowout.

During the past decade, the Australian government has unfortunately done very little to address the declining commodity prices – particularly around the end of the nation’s mining boom in 2015. Like the rest of the globe, Australia is also moving into an economic recession.

It’s important to realise that the Government’s actions of changing laws were not, themselves, sovereign risk events. The subsequent economic consequences did contribute to risk situations.

If Australia were to be affected by a decline in political relationships with China, there would be a significant impact on our current trading pattern. While there may be difficulties or changes, these would not necessarily be absolute. This is because of the reality that China with its ongoing development of its living standard and collective wealth, still needs a lot of materials to improve the environment for its 1.4 billion citizens. So, an abrupt halt in commodity trading is unlikely. Larger miners and energy producers will continue, mostly, as they are now.

For smaller miners and energy producers, the result may not be as straight-forward. Barriers to entry or continuation may be much greater. This does present a need to consider alternate customers, to ensure business continuity.

Australia has excellent trade relations with major regional trading partners Japan, South Korea, India and Indonesia. We have good relations within the more regulated EU in Germany, Spain, The Netherlands, Poland. Two countries worth special consideration for future growth and strength of relationship are the UK post-Brexit and Vietnam, the rising power of manufacturing in the region.

While future relations with China may be a little different to recent times these alternate, existing customers present credible opportunities not yet fully tested. The one things that the World has realised in the past six months with the pandemic response is that our previously held beliefs of ‘normal’ have been derailed. With that, opportunity arises.

The good news is that while China’s demand has slowed, it hasn’t stopped – and consumerism is likely to eventually bounce back post-pandemic. So, what does this all mean for us?

From an external or foreign investors point of view, there are things to consider before conducting business or trade with or inside of Australia. Our wages are relatively high, but we offer a much more stable and “safe” economy when compared to other regions and the associated sovereign risks.

If you’re doing your best to navigate your way through the coronavirus pandemic within the energy, mining or resources sector – you’re going to need a plan. Peter Crane has spent thirty years working with Tier 1 resources and energy companies, delivering reduction in waste, improving their capital performance and increasing investor confidence. Armed with practical experience in engineering services, capital planning, project delivery, construction management and strategic asset management within the infrastructure and resources sector, Peter offers a unique insight into operational roadblocks – and how to fix them.

If you are interested in educating yourself on how the capital investment lifecycle model works, then why not schedule a discovery call with Peter and the team at SER Solutions today.